What we can contribute to you through our products

Wan Nyan Memorial is located in a line of office buildings, a 5-minute walk from Tsubogawa Station on the Yui Rail, Tsubogawa, Naha City. Wan Nyan Memorial was established 16 years ago. A ceremony hall for pet-only cremations and funerals. Since its founding, we have been using the small incinerator Chirimeser of Thomas Technical Research Institute. We interviewed Mitsuru Murayama, the store manager.

Daikei Sangyo Co., Ltd. is a pioneer in the water pollution prevention membrane rental industry in Okinawa Prefecture, which has been in business for 36 years. Itoman Sales Office “Water Pollution Prevention Membrane Management Center" In a maintenance yard with all sections paved for 3,000 tsubo (approx. 2.44 acres) with clean management and abundant inventory, we also respond to various requests such as special orders that match the harsh natural environment of Okinawa.

Naminoue Shrine is a shrine located on a hill overlooking Naha Port in Naha City, Okinawa Prefecture. Known as “Nanmin" by the citizens of the prefecture, the shrine is known to all the citizens of the prefecture because there are crowded with many people every New Year’s first visit. Naminoue Shrine is a historical shrine where the people of Okinawa (Ryukyu) used to pray as a place of worship at Naminoue Shrine, a sacred place where the people of Okinawa (Ryukyu) prayed for good harvest and peace to the gods of Nirai Kanai over the sea. Currently, it is designated as a Shrines on the Special List (Beppyo Jinja) of the Association of Shinto Shrines.

US CHIRIMESER TG-100
Full automatic operation
After putting in the garbage, the fire will be extinguished automatically.

Enter the combustion program according to the customer’s request.
Maximum effect with minimum cost.

No smoke is emitted even when the tires are incinerated alone.

The combustion temperature is automatically controlled, and dioxins are pyrolyzed at high temperatures!

Use kerosene as fuel

It is used for combustion control in the incinerator. ※3

This award-winning small scale incinerator is perfect for remote and island communities. It requires no sorting of waste as it processes various types of trash in one hour while reducing waste to 1% in volume. The operation is safe and easy.

Simply put in the trash and press start. The control panel will do the rest. You will never have to worry about shutting it off or monitoring as you do with other incinerators.

The heat from incineration produces hot water and hot air. The byproduct can benefit facilities like hospitals, hotels, laundry facilities and farm green houses. While our product offers added benefits, we feel its best feature is the environmental safety.

It minimizes dioxin and other pollutant to 1/50 below Japanese regulation level which is the lowest among developed counties. We obtained several patents to secure our leading position in the industry.

A TG-49 that was installed in a public hospital in Denpasar, safely disposes used syringes and other medical material while keeping the air clean for the patients and residents around the hospital.

EMISSION OF POLLUTANT WITH INCINERATION

IDEAL FOR THE USE IN LANDFILL

TG-195 model is a middle-sized incinerator with a processing capacity of 1.4 ton per day. It is a great solution to replacing a landfill or extending the life of a landfill.

WHAT HAPPENS TO THE TRASH YOU PUT IN A LANDFILL?

A plastic water bottle takes 450 years to decompose in landfills. Disposable diapers take 550 years to degrade. Everything we put on our landfill stay in the land for a long time and leach potentially toxic substances into the soil and water.

Kenji Fukutomi, CEO of Thomas Technical Institute Co.,Ltd. was born and raised in Amami Oshima Island located north of Okinawa. Known as the Galapagos of the East due to its rich resources of endemic and endangered species of plants and animal, the island chain is on the list awaiting designation as a natural property of UNESCO World Heritage Sites.

The common problem among these island communities in Okinawa is waste management. The residents have long protected virgin forests and coral reefs in the urrounding clear waters by not building landfills on the islands. As a result, they faced many challenges in trying to dispose their trash as they can’t afford the high cost of building an incinerator plant or transporting it off islands.

Kenji who graduated from Ryukyu University with a degree in engineering, tried to solve the problem by building a small-scale incinerator that can process various types of trash.

His goal was to make it smoke free and drastically reduce toxic air pollutants. After a series of trial and error, he discovered the cause of smoke and developed a technology that combusts the smoke itself.

This later became the patent technology that set his company apart from the rest of the industry. He also succeeded in reducing the emission of dioxin to 1/50 of the regulation measure set by Japanese government.

Kenji gave an Okinawan name to the incinerator to honor the mother nature of the islands. “Chirimeser", meaning “a machine that burns various waste" is now serving over 80 remote and island communities in Japan.

In 2018, an Iranian tanker wrecked in East China Sea and the spilled crude oil reached the coast of Amami Oshima Island. Thomas Technical Institute provided a Chirimeser to the community to clean up the debris and plastics covered in oil.

The small incinerator set near the beach processed the mixed waste without pollutant smoke. If the oil covered waste was buried in a landfill, it would have caused devastating damage to the soil and ocean.

Kenji who felt the special honor to serve his home island with his invention said “I understand the struggles we face in living in a remote community. Nothing makes me happier than to know our technology helped protect our mother earth and people."

2016 Minister of the Environment Award of Japan

The latest information is being delivered from SNS 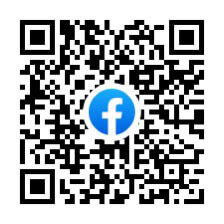 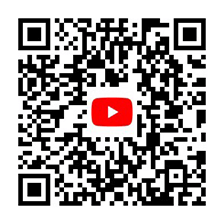